Dr. Kramer was born in Sheboygan, Wisconsin and raised in a variety of places, including northwest Iowa and central Florida, before returning to Sheboygan for high school. He received a BS in biology from Calvin College in 2005 and an MS in Bacteriology from UW-Madison in 2007, before entering veterinary school at the University of Illinois College of Veterinary Medicine.

After obtaining his veterinary degree from the University of Illinois in 2011, Dr. Kramer elected to pursue valuable additional training and completed a small animal medicine, surgery and emergency internship in upstate New York in 2012.

Dr. Kramer comes to Companion Animal Care after having spent the last 6 years practicing small animal medicine and surgery just down the road in Sheboygan. His professional interests include internal medicine, clinical pharmacology and diagnostic imaging.

Outside of the office, Dr. Kramer enjoys spending time with his wife and three young children, as well as traveling, cooking and landscaping around the house. 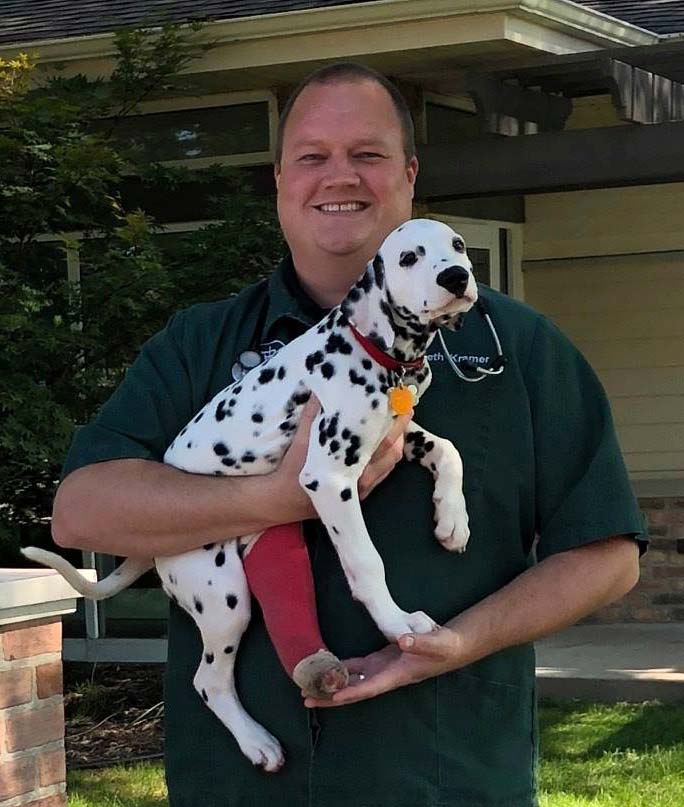